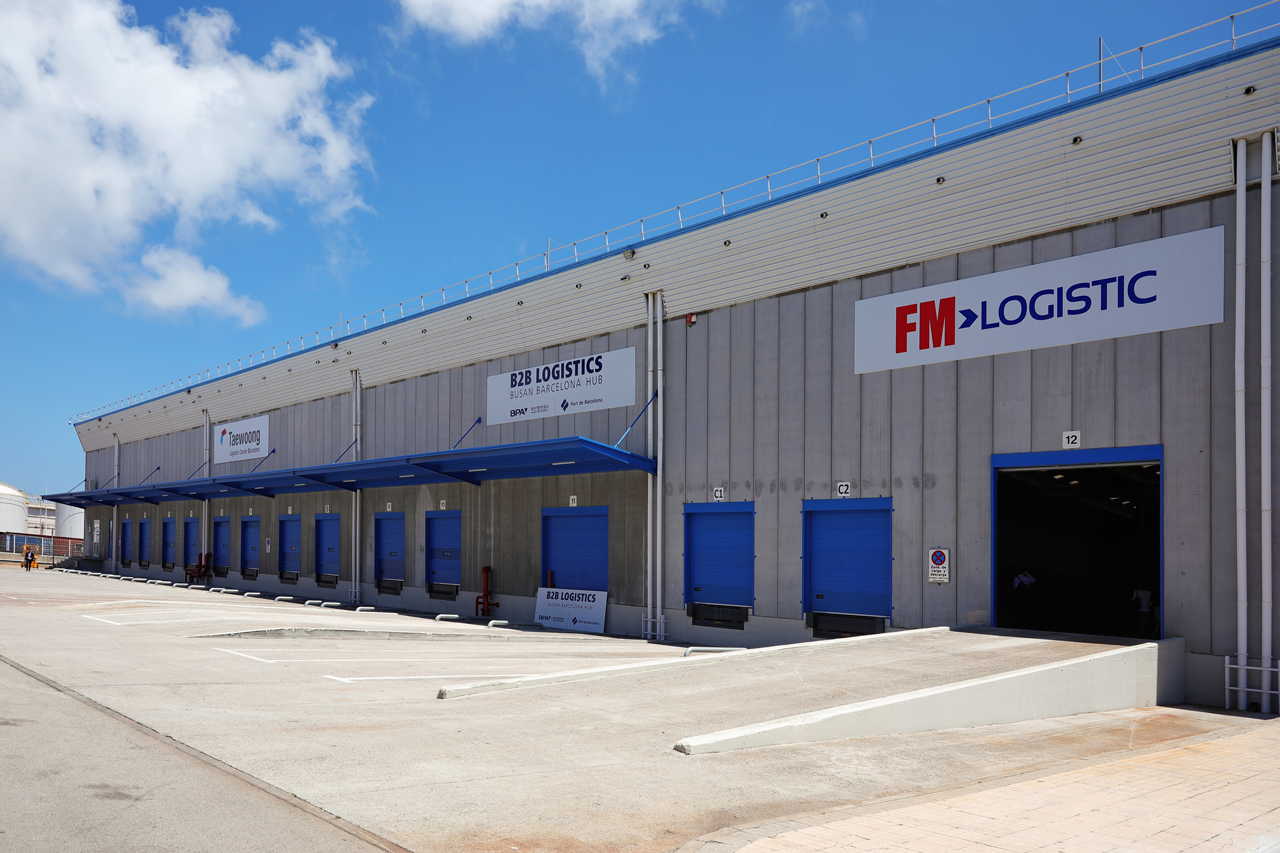 The B2B Logistics Busan Barcelona Hub, the stable logistics platform promoted by the ports of Barcelona and Busan (Korea) to facilitate trade between Northeast Asia, South Europe and North Africa, has recently begun operating. This hub, located at ZAL Barcelona, involves FM Logistic and Taewoong Logistics as its logistics partners.

The entry of these two operators as managers of the logistics hub has made it possible to increase from one to four the number of modules in the warehouse that will be allocated to the platform. In the case of the Korean logistics operator Taewoong Logistics, this is the first warehouse that the company will manage in Europe. It will also be the first FM Logistic warehouse in the ZAL Barcelona.

The B2B Logistics Busan Barcelona Hub has an initial area of 9,129 square metres and is working with the Spanish Tax Agency to operate as a temporary storage facility (ADT). Later, the idea is for the platform to also become certified as a Public Customs Warehouse (DAP), meaning that it has Customs authorisation to store non-EU goods indefinitely without paying taxes until they are assigned a Customs destination.

Last October, the presidents of the ports of Busan and Barcelona, Kang Joon suk and Damià Calvet respectively, set up the company B2B Logistics Busan & Barcelona hub S.L., responsible for managing and promoting the stable logistics platform for Korean companies in Barcelona. The Port of Busan holds a 51% stake in company, while the Port of Barcelona holds 49%.

The ports of Barcelona and Busan (Korea), together with the operators FM Logistic and Taewoong Logistics, are today taking a step further to strengthen this logistics alliance and the Port of Barcelona’s role as the entry point for Korean goods into southern Europe and as a distribution centre for the Spanish, French, Portuguese, Italian and North African markets. As a result of this collaboration, the first Korean imports —a shipment of chemicals— will arrive in the coming days.

In 2021, traffic between the Port of Barcelona and Korea totalled 793,000 tonnes, a figure similar to that achieved in 2019, before the pandemic. Container traffic was about 60,000 TEUs, or 6.3% more than the containers moved in 2019. More than 55% of Spain’s maritime imports from Korea enter through the Port of Barcelona. And Catalonia is the main destination for Korean imports, with 55% of total shipping by sea.

Port of Barcelona President Damià Calvet stated that “our goal is to make trade between Europe and Korea easier, faster and more sustainable. These are two very powerful economies that can help to increase their ties. Asia is our reference market and represents over 50% of the exports and imports that pass through the Port of Barcelona, and Korea is a leading country in technological and high value-added products, one of the segments in which we also have a prominent position”.

Boowon Kang, vice president of BPA, said that the B2B logistics center will play as a logistics platform to Korean companies, advancing into Southern Europe and it would contribute to boosting maritime traffic between two ports of Busan and Barcelona.

Busan is today the sixth largest port in the world and, in addition to being one of the largest Asian import and export ports, is one of the two main maritime transshipment hubs in the world, along with Singapore.