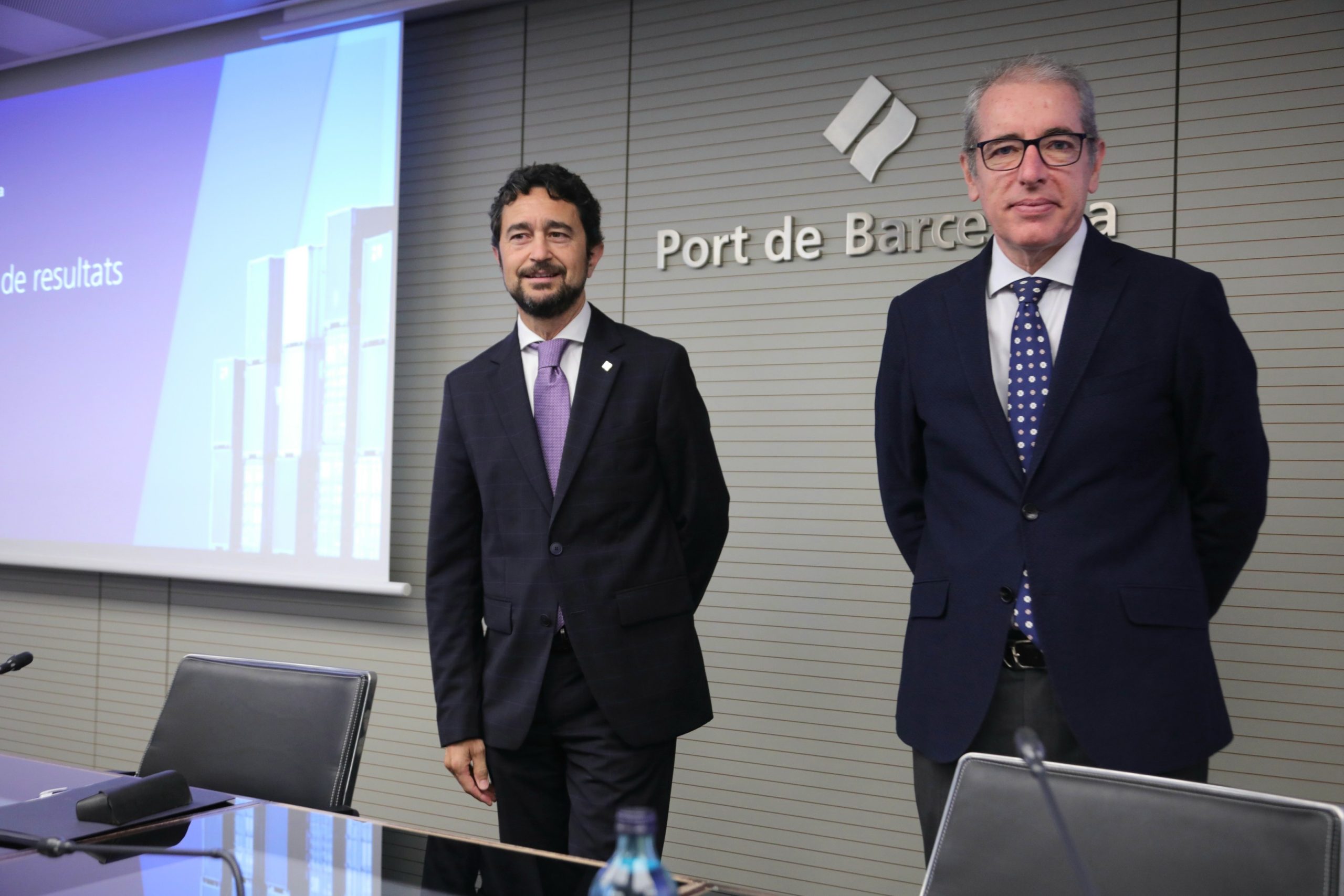 • This was possible because, with the exception of vehicles, all major traffic closed this six-month period in positive territory.

• Containers set a record as well, with 1.8 million TEUs and an increase of 0.7%

The Port of Barcelona broke the record for total cargo traffic in the first half of the year with movements of 36.3 million tonnes and a year-on-year increase in total traffic of 11%. The previous record dates from before the pandemic when traffic hit 34.5 million tonnes in 2019. This year’s figure exceeded that by 6%.

This was possible because, with the exception of vehicles, all major traffic closed this six-month period in positive territory. “This good news indicates that our hinterland companies are working well and are striving to recover pre-pandemic levels”, remarked Damià Calvet, President of the Port of Barcelona, at the press conference on results held today.

In addition to historically high total traffic, an important milestone was achieved in container traffic, which registered its record best in a first half of the year. Between January and June, 1.8 million TEUs passed through the Port of Barcelona, with growth of 0.7%. The previous record was 1.7 million TEUs moved a year ago.

José Alberto Carbonell, General Manager of the Port of Barcelona, said that besides outpacing throughput in 2021, total traffic “also grew 6% compared to 2019, which clearly indicates a full recovery in this beginning of the year”. Carbonell highlighted “the strong performance of imports, up 11%, and of traffic, which registered an increase of 7%. However, exports are 6% below the records set in 2021”.

In dry bulk, the Port of Barcelona closed the first six months of the year up 2.34 million tonnes – a year-on-year uptick of 3.2%. This rebound was mainly due to the increase in potash exports (138%) at the ICL terminal. Cereal and flour traffic also showed strong results, growing by 65.9%.

Liquid bulk soars
Liquid bulk jumped 42.8% to 7.9 million tonnes, a growth that was due mainly to marked increases in LNG imports (+83%) and gasoline and biofuel transits (+178% and 94%, respectively). The increase in inbound and outbound traffic reveals a strong dynamism in the distribution operations of these products.

The only segment that did not increase was new vehicle traffic, which was affected by the current context of uncertainty and economic crisis resulting from the pandemic, recording a 13% drop. However, in recent weeks the trend has begun to shift, with June becoming the first month that traffic has been positive, as continues to occur this July.

Commitment, complicity and trust
During the press conference, Damià Calvet took stock of the projects that the Port of Barcelona has worked on during the first six months of the year. The president explained that the Port has worked hard “locally and internationally to develop projects that demonstrate our commitment to people; our complicity with the productive fabric and the various social and economic institutions, and the trust that we generate as a port. The objectives of our projects therefore include making the Port of Barcelona greener, more human and a global benchmark that opens us even more to the world.”

In environmental sustainability, noteworthy progress has also been made in projects such as wharf electrification; construction of the new railway accesses to the port area; and launch of the climatic islands of the Port Vell.

In terms of social sustainability, Damià Calvet pointed out that the Barcelona Logistics Institute will open its doors at the Port of Barcelona in the 2022-23 academic year. He took stock of the activity of the Ukraine Logistics Hub, located in the ZAL, which managed 462,518 kilos of humanitarian aid from 3 March to 30 June. Also in the social sphere, the president of the Port of Barcelona announced that the contract for construction of the new Fish Market has been awarded to FCC Construcción for a total of €9.6 million; highlighted the opening, a few days ago, of the Vela Steps and Lookout Point, the direct access between Sant Sebastià beach and Plaça Rosa dels Vents and a premier viewpoint to enjoy the Barcelona coast and Mediterranean Sea; and announced the start of bidding on the €7.2 million refurbishment of the sheds of the Eastern wharf and their transformation into a multifunctional complex which will enhance their relationship with their urban surroundings. The execution period for these works will be 17 months.

Lastly, Damià Calvet highlighted the Port’s role as global leader. Some of the projects developed in recent months “that reaffirm us as a leading port and international benchmark are: roll-out of the Innovation Plan, to advance in a coordinated way and under a single umbrella the various projects that are transforming the way we offer our services, while at the same time placing ourselves at the forefront of economic and social growth”; the start of operations of the B2B Logistics Busan Barcelona Hub, the logistics platform promoted by the ports of Barcelona and Busan and managed by FM Logistic and Taewoong Logistics; and the designation of Barcelona as the host city for the 2024 America’s Cup.

The complete presentation can be found here.